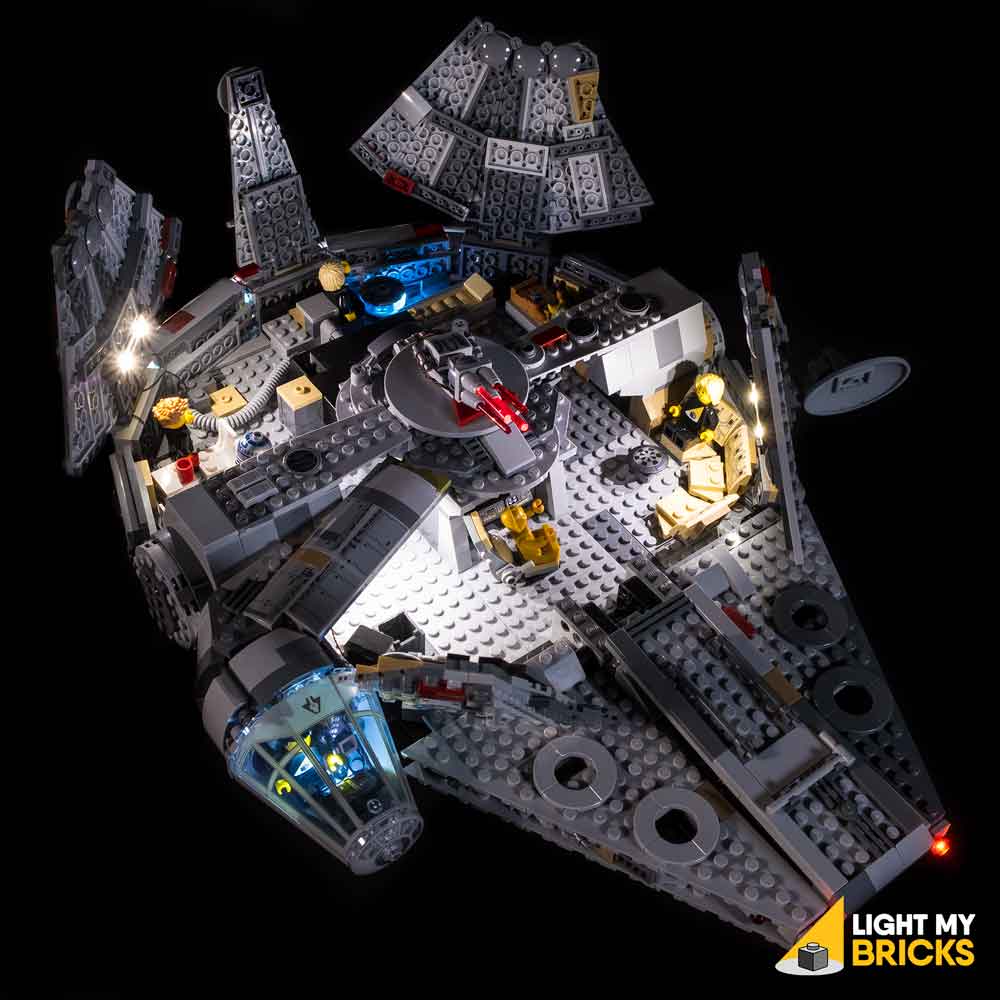 ﻿The LEGO Millennium Falcon is a really awesome toy to play with because it's so big, and there are so many different pieces. It can hold all of those classic Star Wars ships and characters that you want to build. One of the most interesting things about the LEGO Millennium Falcon is that it's so big - over two feet long! This is great because it means that you can build something different than what most other kids are going to be getting. You can make something really special for your child or your family.

The LEGO Millennium Falcon is available in two versions. There's the regular edition, which has less detail, and a Collector's Edition, which includes all of the extra pieces and more detailed features. Both are great and incredibly fun for all ages - especially for little girls who love the feel of big vehicles and space ships. The minifigures included in the set are based on the movie versions, as well as those from all the previous Star Wars films. This means that you can have Han Solo, Chewy, Luke, Princess Leia, and every major character in the saga! All of these mini figures have working lights and sound effects and also a flight capability.

Since the LEGO Millennium Falcon is so big, and there are so many different parts, you can really make a lot of planes and ships to build. The first release of this product was in May of 2021, and it had sold extremely well. However, after a few months of release, the product was pulled from the market and redesigned. The second release of this toy has been a huge success since it was launched in September of 2021. You can find the original Millennium Falcon at many retailers, including Toysrus and Amazon. The second version is exactly the same as the original, but it has been redone in every detail!

Please find below an overview of our most frequently asked questions regarding the return policy with the answer. Is your question not in below list? Feel free to contact us at contact@lifome.com

How do I place a return or exchange?

We're sorry you didn't love your LIFOME. Please reach out to contact@lifome.com with your order number and the products you'd like to exchange or return, and we'll take care of the rest.

Don’t worry—LIFOME packages don’t include return slips. Just reach out to contact@lifome.com and we’ll help you place your return or exchange.

All returns must be processed within 30 days of receiving the order.

To place a return, or if you are having trouble making a return within the 30 day timeframe, please reach out to contact@lifome.com.

Order # must be provided to place a return, and you will be refunded in full to your original form of payment. Please note, your original shipping charges are not refunded.

How long does it take to process a return?

What should I do if I receive the wrong product?

If you received a product different from the one that you ordered, sorry about that! Please contact us at contact@lifome.com and we’ll be sure to get you the LIFOME you ordered!

What’s your return process if I’m not happy with the product?

Yes within 30 days after receiving your package. Here are your packing instructions:

If you did not receive a return label please send an e-mail to contact@lifome.com

Please note! If you have received a faulty product, it is important that you send an e-mail to contact@lifome.com before returning your order.

We will then be able to help you with the returns procedure and find an appropriate solution.

NOTE: If your order has not been purchased via www.lifome.com the return policy applied of the shop where you did purchase the product.

Free shipping on all us orders